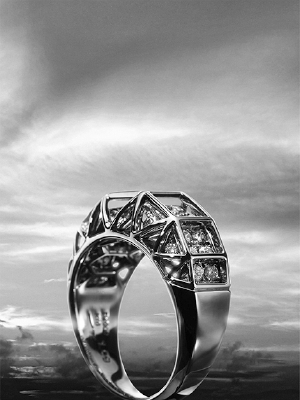 The architecture of New York.
The skyscrapers of New York.
The light reflected in the windows of skyscrapers that seem to never end.
The Art Deco echoes that can be seen in the Chrysler or the Empire State Building.
I spent my days walking around the city, appreciating the beauty and balance of straight and curved lines, of newness and antiquity, always looking skywards. 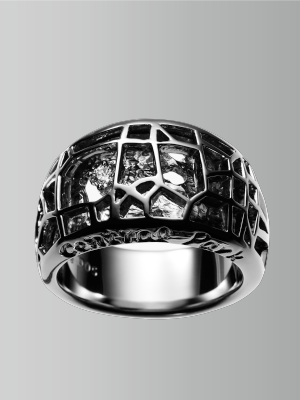 In my early days as a jewelry designer, I was absentmindedly gazing once again at a map of New York City. Then, the hustle and bustle of taxis and people came rushing to my mind. Without a moment’s delay, I designed a ring centered around Central Park. I continued the series with a necklace depicting Broadway and earrings for the West and East sides. By combining all three pieces, one creates Manhattan. 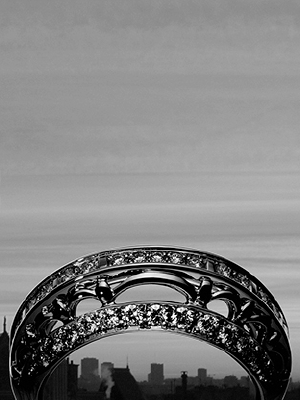 Paris is a cityscape in sepia. The color can be found, however, in the vivid red polo-shirt of the older woman sitting at the cafe; the life of the town and the people becomes the scenery. If part of the city were cut out and framed, no matter where that were, it would be like a painting carefully completed to the finest detail. I truly felt that it was the city of art.
I visited the Eiffel Tower at dusk. As I was gazing upwards from directly beneath the tower, I was struck by the overwhelming beauty of the lace-like patterns of the metalwork. With one picture, this ring was created. 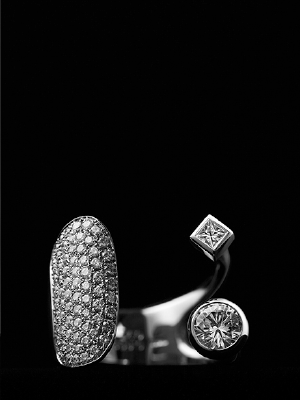 Disregarding the notion that a ring is a loop, this ring is designed to embrace the finger. It is designed so that one may always see its beauty when it is both being worn and simply an objet d’art.
In the year 2000, at the time of welcoming the new millennium, I thought that I wanted to be a designer who not only delighted in creating but also in having a deeper awareness about what it means “to wear”, and so I began to express the relationship between the body and jewelry. 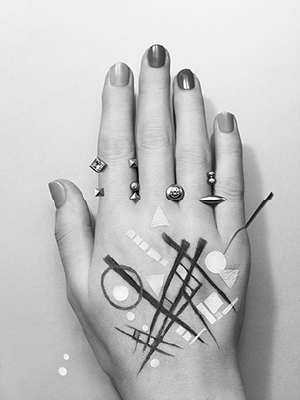 The impressions of flowers and greenery encountered in my everyday surroundings have planted themselves in my soul and are inspiration for my designs. Especially when I see small seeds and shoots, or plump buds, I get the strangest feeling that surely they are communicating with the universe. The parts of these cheerful rings are playfully arranged like little shoots peeking between the fingers in the manner of an abstract Kandinsky painting.